The Board is responsible for overseeing the performance and overall direction of Austin Health. The State Government appoints board members, with most terms usually three years. 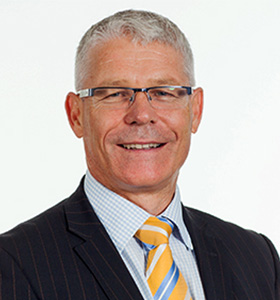 Ross Cooke was appointed Board Chair at Austin Health in February 2021.

Ross brings over 35 years of experience in financial, commercial and management roles in
business consulting, with specific focus in the health industry. He has a Bachelor of Commerce and is a Chartered Accountant

He also has experience serving on various boards (both not-for-profit and for-profit). He was on the board of Burnet Medical Research Institute for 20 years and was a past Board President of Wintringham. Ross has previously held positions as an independent board member of AIA Health Fund and a past member of the Advisory Board of Healthscope Hospital Group (which operate 42 private hospitals in Australia).

Ross currently consults in the health & aged-care sector via his firm Stratford Partner Pty Ltd. He was awarded an Order of Australia Medal in the 2019 Australia Day Awards for his services to the community. 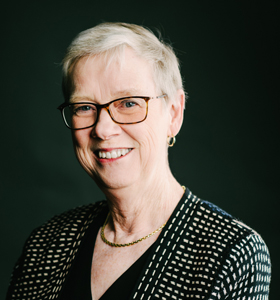 Christine is an experienced obstetrician and medical executive who brings a passion for and experience in the provision of effective, safe and patient centred public hospital care. She has previously practised obstetrics in the private and public sectors in metropolitan Melbourne and has been the Director of the Labour Ward at Monash Medical Centre, Clinical Director of Women's Health at Southern Health, and the Director of Medical Services at the Angliss Hospital and at the Royal Victorian Eye and Ear Hospital. She was Chief Medical Officer at the Royal Women's Hospital from 2004 until 2014. She has recently provided consultancy advice in obstetrics, maternity services, clinical governance and patient safety to the Chief Executive of Djerriwarrh Health Service (Bacchus Marsh) and to other regional and rural health services across Victoria. She is a member of the Victorian Board of the Medical Board of Australia. 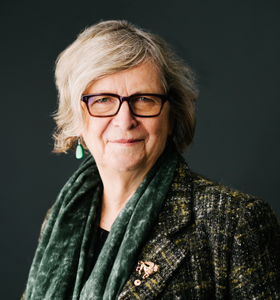 Mary Draper was appointed to the Austin Health Board in July 2014.

Mary brings a passion for a participatory health care and patient and family-centred approaches and skills in policy, strategy, stakeholder engagement, quality and safety, and consumer participation. Until recently, Mary was CEO of the Health Issues Centre, Victoria's health consumer organisation. She was on the Ministerial Advisory Committee for the Victorian Health Services Plan 2011-2022, the review panel for the Health Services Conciliation and Review Act and chair of the Department of Health's Participation Advisory Committee. Mary's former roles include Director of Clinical Governance at the Women's and Manager in the Quality Branch of the Department of Human Services, responsible for consumer participation, clinical effectiveness and clinical risk management. She has represented consumers on key national committees including the Taskforce on Quality in Australian Healthcare and was a board member of ACOSS and the Australian Institute of Health and Welfare. She was also a board director of Latrobe Regional Health.

Mary is chair of the Austin Health Clinical Safety & Quality Committee and a member of the Finance & Resources Committee and the Primary Care & Population Health Advisory Committee. 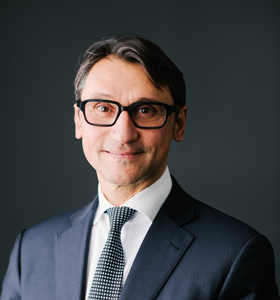 Chris Altis was appointed to the Austin Health Board in July 2015.

Chris holds Bachelor of Commerce and Master of Arts (Public Policy) degrees from the University of Melbourne and is a Graduate of the Australian Institute of Company Directors.Chris has 25 years experience in the health sector, working in a policy and advisory capacity at a Victorian and national level. Since 2011 he has been Deputy Chair of the North Richmond Community Health Service, and was previously a board member of the Northern Melbourne Medicare Local, where he was a member of a number of board sub-committees, including Chair of the People and Culture Board Sub-Committee. Chris works in the Faculty of Medicine, Dentistry and Health Sciences at the University of Melbourne. 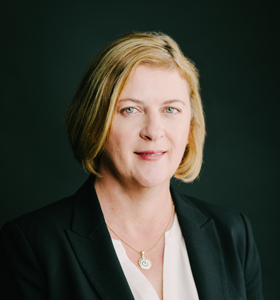 Julie Bignell has a long history of leadership and governance in the public and not-for-profit sectors. In addition to Austin Health, she is a member of the board of CareSuper and chair of the Member and Employer Services Committee. Julie's previous board experience includes 10 years with North Queensland Bulk Ports Corporation and its predecessors Ports Corporation Queensland and Mackay Port Corporation. She represented Queensland workers on the board of Workplace Health & Safety Qld and on the executive of the Queensland Council of Unions. She was secretary of the Central & Southern Queensland Branch of the Australian Services Union for 15 years and a member of the National Executive and National Vice President of the ASU. Julie holds a Bachelor of Arts (Economics & Japanese) and a Graduate Diploma of IR/HRM, RG146 Financial Advice qualification and is a graduate Trustee Director of the Australian Institute of Superannuation Trustees. Julie is also a Fellow of the Australian Institute of Company Directors.

Julie is chair of the Austin Health Community Advisory Committee and a member of the Clinical Safety & Quality Committee. 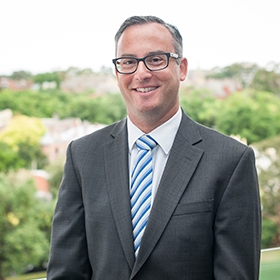 Joel Chibert was appointed to the Austin Health Board in July 2020.

Joel is an experienced financial and corporate services executive with extensive experience across a range of sectors including education, health, scientific research and development, and professional services.

He is currently the Chief Financial Officer at the Walter and Eliza Hall Institute and is a member of the Finance, Audit and Risk Committee of the Victorian Comprehensive Cancer Centre (VCCC).  He is a former Board member of Common Equity Housing Limited, Monash Surgical Private Hospital, Bendigo Primary Care Centre and Monash Health Research Precinct.

Dr. Bruce Cohen was appointed to the Austin Health Board in July 2020.

Bruce has strong financial, legal, economic, risk and technological expertise. He’s a former Barrister who practiced in administrative and commercial law and has held advisory roles on a number of government taskforces including Water Policy Reform Group, Taskforce for Reform of Telecommunications in Timor Leste, and the Ministerial Advisory Group for Information and Communications Technology (Victoria).

He has also held public policy and senior advisory roles for government and regulatory organisations such as Grattan Institute, Office of the Premier and Treasurer of Victoria, and the Australian Bankers’ Association.

Bruce has substantial public sector governance experience and has presided on numerous public sector boards. He was Chair of VicTrack and the Victorian Commission for Gambling and Liquor Regulation, and a Board director for Snowy Hydro Limited, Melbourne Water, VENCorp, and the Victorian Competition and Efficiency Commission. He is currently a Director at City West Water and Principal at BKE Consulting. 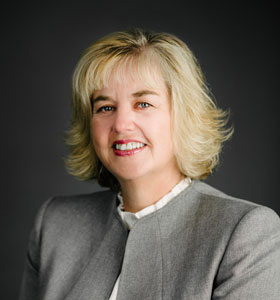 Fi Slaven was appointed to the Austin Health Board in July 2018.

She is a passionate advocate for diversity, equality and inclusion and has been particularly focused and influential in promoting women's participation in STEM careers. As such, Fi was recognised for her contributions to the industry by her peers and was named 2014 National and Victorian ICT Woman of the Year.

After advancing IT leadership roles within healthcare, Fi was appointed as the first Australian Chief Information Officer for a National Accounting firm and subsequently became the first female and Australian IT Asia Pacific Regional Coordinator and representative on the IT Advisory Committee internationally. Commencing her career at the Austin Hospital as a graduate nurse and then specialising in critical care, Fi progressed into senior nursing roles which led to a move into the technology industry and managing IT services within private healthcare groups.

Fi also holds an MBA, Graduate Diplomas in Health Administration and Critical Care, Diploma and Bachelors of Nursing, Critical Care Certificate and is a Graduate of the Australian Institute of Company Directors.

Fi is a member of the Austin Health Finance & Resources Committee, Primary Care & Population Health Advisory Committee and the People and Culture Committee.