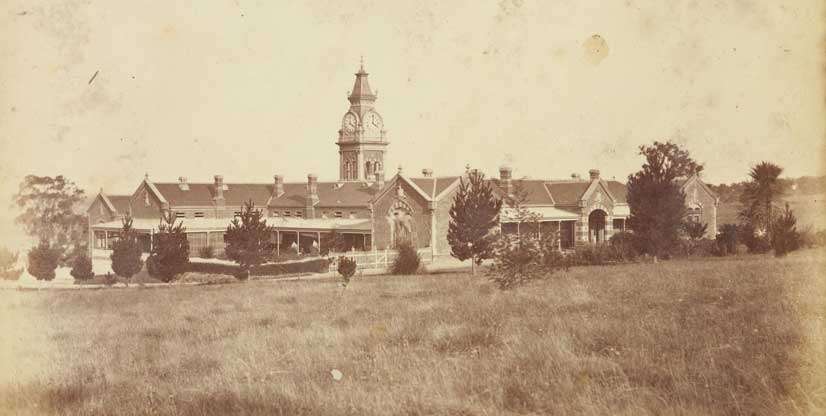 The Austin Health story began in 1882 with the opening of the Austin Hospital for Incurables. Our early care paved the way for the services we provide today.

In its early days, the hospital cared for people with 'incurable' diseases, particularly consumption (tuberculosis) and cancer. We also worked to rehabilitate children who had survived polio.

See incredible documentary footage of the Austin Hospital for Incurables from 1928, including of our consumption wards, an operating theatre, laboratory and x-ray.

A 'Colony' for Epileptics

In 1907, the Talbot Colony for Epileptics was opened in Clayton, named after Lady Margaret Talbot, the wife of his Excellency, Major General Sir Reginald Talbot, Governor of Victoria from 1904 to 1908, who had worked “with deep interest and zeal” on the project.

In the 1920s, the Austin began experimenting with 'x-ray' treatment for cancers. By 1935, it was the largest cancer hospital in Australia. 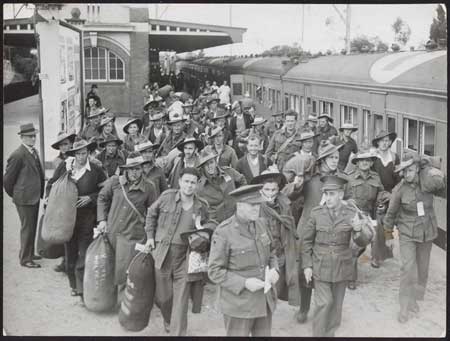 The 'walking wounded' arrive by hospital train at Heidelberg Station on 11 November 1943, ready for transfer to Heidelberg Military Hospital.

Heidelberg Repatriation Hospital opened on 13 March 1941 as the 115th Heidelberg Military Hospital. The 6th RAAF Hospital was also on site between 1942 and 1947.

Within the hospital are many plaques, gardens and gallery spaces, including the Fromelles Garden and Jessie Mary Vasey Labyrinth. The Remembrance Garden includes many memorial plaques and the duckboard stained glass. Within the Outpatient Department (Tobruk Centre) is the flag of the 2/4th AGH.

For more information on our wartime history, see World War II at Home.

In 1961, the Royal Talbot Colony for Epileptics moved to Kew. 'Colony' was no longer an appropriate term in the treatment of epilepsy and the name was changed to Royal Talbot Centre. The Premier, Sir Henry Bolte, opened the new centre in September 1962.

We opened Austin Hospital Clinical School in 1965 with The University of Melbourne. Their medicine, surgery, psychiatry, psychology and physiotherapy departments are all based at Austin Health.

The newly-renamed Heidelberg Repatriation Hospital was transferred into the Victorian health system on 1 January 1995 and merged with Austin Hospital on 1 April 1995. Together they became the Austin & Repatriation Medical Centre and Victoria’s largest tertiary referral centre.

From August 1995 to 31 October 1997, the A&RMC was part of the North Eastern Health Care Network. On 1 November 1997, Austin Hospital became a stand-alone medical centre again.

We changed our name from the Austin & Repatriation Medical Centre (A&RMC) to Austin Health on 30 April 2003.
In May 2005, the Victorian State Government redeveloped the Austin Hospital site. We opened the new inpatient facility and the co-located Mercy Hospital for Women. It was the largest hospital redevelopment undertaken in Victoria and one of the largest in Australia. We had secured our position as one of Australia’s leading teaching, training and research centres.
In late 2006, we opened new mental health facilities at Austin Hospital.
The following decade saw a revitalisation of the Heidelberg Repatriation Hospital site, including the re-establishment of surgery on the site, a new mental health precinct and the state-of-the-art Health and Rehabilitation Centre.
In 2012, we opened the Olivia Newton-John Cancer, Wellness & Research Centre on the Austin Hospital site. The opening of the new centre brought Austin Health's cancer services together under one roof.
Header image credit: Austin Hospital Heidelberg (1890s), National Gallery of Victoria, Melbourne. See full image.
About