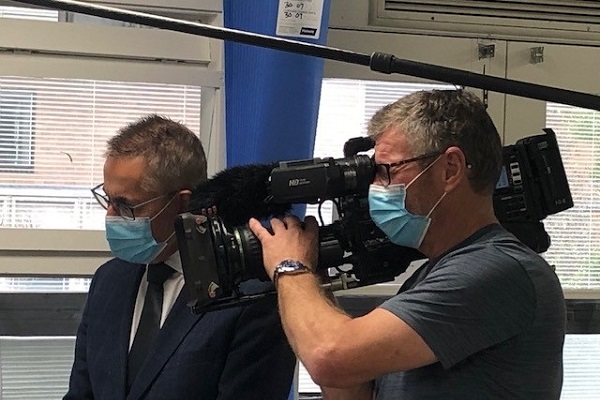 The report, which aired on June 13, looked at potential new drug treatments for the commonest form of dementia. These experimental drugs aim to reduce amyloid in the brain, with the hope of improving memory and cognitive function in patients.

Dr Swan also met with trial participant Derek Scully, who was shown receiving a monthly transfusion, and his wife Sue.

The encounter highlighted the emotional impact of dementia, as Mr Scully struggled to tell a story about his past life working in Kakadu National Park. The couple also talked about their hopes for the drug trial.

Later, the program featured Mr Scully swimming laps with a therapist in a section dedicated to living well with dementia. Dr Swan listed a number of non-drug interventions that may help delay the onset of symptoms. These included exercise, diet, healthy sleep, and keeping your brain active and engaged.

The program also highlighted the importance of social engagement, and the need for dementia-friendly communities.

We thank Derek and Sue Scully for their generosity in helping us share a little of their story. And thanks to the ABC and Dr Norman Swan for letting us showcase some of the important work we do with Alzheimer’s drug trials.