This weekend marks 80 years since the Heidelberg Repatriation Hospital opened on 13 March 1941.

Austin Health CEO, Adam Horsburgh, said the Repat has a long and proud history of caring for patients from all walks of life.

“Many people in the community know about the original role the Repatriation Hospital in Banksia St played caring for soldiers and others returning from World War II,” Adam said.

“But the services provided at the Repat continue to evolve and it is a very different place to the one that opened 80 years ago.

“The busy Specialist Clinics team see more than 150,000 patients across the Centaur Building and the Tobruk Building each year and the Surgery Centre has become the main centre for elective surgery at Austin Health, performing more than 14,000 procedures annually.

“The community programs based at the Repat such as Hospital in the Home and the Health Independence Program along with Mental Health and Aged Care services are all crucial in helping us to meet the needs of our community today.

“COVID has also meant the Repat will play a new role in the coming months as our Vaccination Clinic for the community as the vaccination program expands.

“However, the care provided to returned soldiers and emergency services men and women though Ward 17 and other areas also ensures we continue to have a strong link to Repat’s origins,” he said.

“The hospital was initially operated by the Army and became known as Repatriation General Hospital Heidelberg in 1947 before being renamed the Heidelberg Repatriation Hospital in 1994,” Rob said.

“The names of many of the areas at the Repat such as the Flanders Wing, Vivian Bullwinkel Room, Remembrance Garden, Memorial Rose Garden and Duckboard Walk reflect its history and its connection to our returned servicemen and women.”

You can read more about the history of the Repat on our website - https://www.austin.org.au/our-history 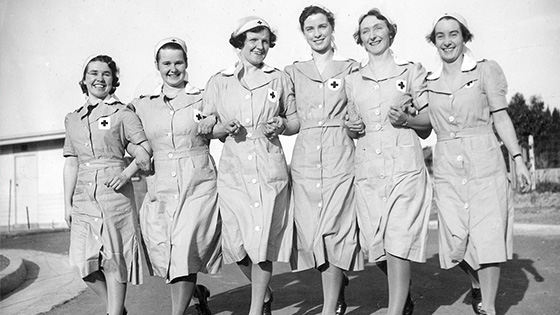 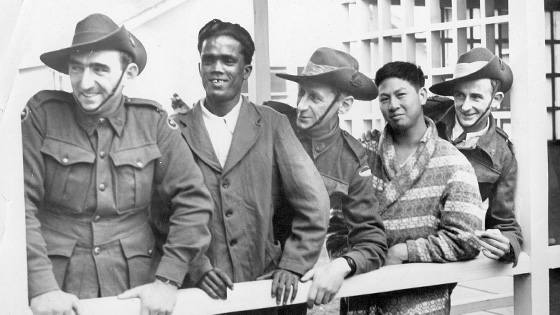