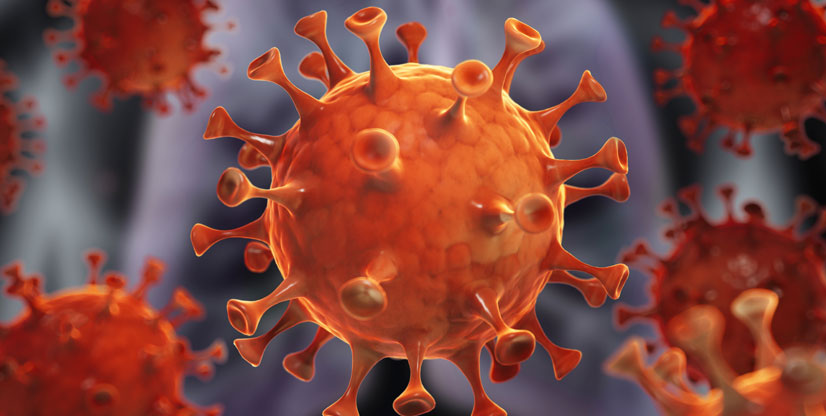 Anatomy of the circulation

The heart is a pump and the blood vessels are pipes.

Blood vessels leaving the heart are "arteries". The largest artery is called the aorta. It is about 3 cm in diameter before it divides into several smaller arteries - all of which are narrower. The process of dividing continues many times until eventually the blood vessels are much less than 1 mm in diameter.

These tiny blood vessels are called capillaries. They are responsible for supplying nutrients to the organs.

As capillaries leave the tissues that they have supplied, they join together to make veins. As you would expect, the veins start off being very small, but become larger as they combine with other veins. The veins that enter the heart are called the vena cavae and like the aorta, are about 3 cm in diameter.

What is the heart?

The heart's job is to pump blood into the circulation with sufficient force so that it can travel to all organs of the body. The heart can do this because it is just one big hollow muscle. The hollow centre of the heart is filled with blood that comes from the veins. About 72 times per minute, the heart contracts (or squeezes), propelling blood into the arteries of the circulation.

What is blood pressure and why do we need it?

Some organs of the body, most particularly the brain, are usually higher than the heart. Supplying these organs with blood is a tricky plumbing problem.

As an example, think of using a hose to clean a 1st floor window. In order for water to reach the highest point of the window, you would either turn up the tap or put your thumb over the end of the hose. Both these actions increase the pressure in the hose, thereby allowing the water to overcome gravity.

In a similar way, your heart is like the tap. By increasing the rate at which it beats, it can increase the pressure in the blood vessels of the circulation.

How does blood get back to the heart?

Blood, like any other fluid, wants to run downhill. So when you are standing, there is a tendency for blood to stay in your legs.

There are two mechanisms that get blood back to the heart. The first occurs each time you take a step. As the leg muscles contract, blood vessels running within them are squashed with sufficient force to push blood up against the gravity gradient. The second mechanism also squeezes the blood vessels, but in this case it is mediated by nerves which cause the blood vessels themselves to contract.

The proper medical name for fainting is syncope ("sin-coe-pee"). Syncope is when you lose consciousness because of insufficient blood flow to the brain. An episode where you feel that you are going to faint but you don't lose consciousness is called ‘pre-syncope'.

This is not an easy question to answer because there are different types of faints and many conditions that cause faints. Perhaps it is easiest to consider fainting from the perspective of age:

Remember, this is an over-generalisation, but it gives you a rough idea.

Anyone who has witnessed cake mixer beaters pop out of the mixture or heard the howl of an outboard engine when it unexpectedly surfaces, immediately knows this is no good thing for the engine. The phrase ‘thrashing itself to bits' comes to mind.

It just so happens that the heart is vulnerable to exactly the same damage as the cake mixer or outboard engine. Some evidence of this comes from post-mortems of soldiers who died from haemorrhage in Vietnam. Microscopic examination of their hearts revealed multiple small haemorrhages - or in other words, it looks as though when the heart beats furiously but has nothing to pump, it is in danger of tearing itself to bits.

The heart has a mechanism to prevent this from happening. When the heart senses that it is beating very hard, and that there is very little blood for it to beat, it triggers a ‘brain re-boot'. More precisely, the brain sends a message to the heart instructing it to beat slowly, in fact, very, very slowly - perhaps only 20 beats per minute! A message is also sent to the blood vessels to open up wide - especially the blood vessels of the abdomen and legs.

The net result is a profound reduction of blood flow to the brain, which is so extreme that consciousness cannot be maintained, and the person therefore falls to the ground. This has the effect of bringing the heart to the same level as the legs, which allows blood to flow back to the heart, and blood pressure to return to normal levels.

Reflex syncope is very common, and probably affects more than one third of the population. In fact, almost everyone will faint if put under the right conditions. Those conditions are pretty easy to work out when you think about the ‘classic' faints - soldiers on parade, junior nurses assisting at surgery, drivers standing on the footpath after a car accident and Lois Lane - at the end of each episode of Superman!

The common threads in these situations are the ‘provocateurs' of fainting. They include standing without moving the legs (surveying the wreck whilst waiting for the tow truck, looking deep into Clark Kent's eyes), surging adrenaline (bawling sergeant majors and snarling surgeons have a lot in common) and heat (summer parade grounds and operating theatre greens).

Reflex syncope can be triggered by a number of other conditions including dehydration, coughing and passing urine. More rarely, it is caused by disease such as degeneration of the heart valves and other cardiac structural disease. It is more likely when people are dehydrated, hot or following alcohol. Perhaps the most common provocateur of reflex syncope is pregnancy.

This is usually caused by degeneration of the nerves that are responsible for making the heart beat faster or blood vessels contract. These nerves are called the autonomic nervous system (ANS). Degeneration of the ANS (ANS neuropathy) is not rare. It frequently occurs in elderly people without an obvious cause being apparent. In other cases it is caused by diseases such as diabetes, Parkinson's disease or rheumatoid arthritis.

The situations that cause fainting in Postural Hypotension are similar to Reflex Syncope. However, syncope associated with Postural Hypotension is more likely to occur in the morning and also occurs after meals. Patients with postural hypotension may have a range of other complaints including passing urine at night, diarrhoea and abnormal sweating.

Postural Orthostatic Tachycardia Syndrome (POTS) generally occurs in young people. The hallmark of the condition is a very substantial rise in pulse rate (at least 30 beats per minute) when you go from lying to standing. People with POTS tend to have more pre-syncope than syncope. They may also have a range of other complaints including fatigue.

What should I do if I faint?

Fainting can be a very serious disease. People who faint frequently should always seek medical advice. Isolated faints may be less significant, but if there is any doubt, you should see your doctor.

What to do when a person faints

Back to Top
Clinical Pharmacology & Therapeutics